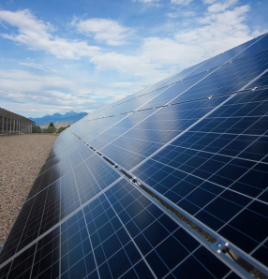 “To win this award is such an honor for Poudre Valley REA. We developed the Coyote Ridge Community Solar Farm as a mechanism to serve all our members with solar energy and we’re proud to be able to deliver that opportunity,” PVREA President and CEO Jeff Wadsworth said in a press release.

The community solar farm, located south of the Larimer County Landfill in Fort Collins, was dedicated in August 2017. Coyote Ridge is Poudre Valley REA’s third community solar farm and is owned and maintained by PVREA. The 1.95-megawatt solar farm sits on 9 acres and has nearly 6,000 panels.

The Colorado Rural Electric Association is proud of PVREA for its forward-thinking initiatives.