If you are in a certain age group and attempted to learn the guitar as a teenager, I bet you mastered as least one riff: the opening notes to the 1972 Deep Purple hit “Smoke on the Water.” (You know it: bump, bump, bum…bump, bump, da-dum…bump, bump, bum…bump-bum.) And while the English bandmates who formed Deep Purple probably didn’t have Colorado in mind (despite the name of their biggest hit), the band’s name aptly describes the current balance of political power in Colorado.

At both the state and federal level, we have an equal mix of Republicans and Democrats in control of our legislative and executive branches. In fact, voter registration in Colorado is split fairly evenly among Republicans, Democrats and unaffiliated voters. So where some states are reliably blue (Democrat) or red (Republican), when it comes to political majorities, Colorado is reliably purple.

Purple state
Colorado has one Republican U.S. senator and one Democrat U.S. senator. In the 2016 election, Democrat incumbent Michael Bennet defeated Republican Darryl Glenn in a race that turned out much closer than the polls predicted. Even though Bennet raised and spent much more money than Glenn, his margin of victory was only 3 percentage points.

Republican incumbent Cory Gardner was elected in 2014 when he defeated the favored Democrat incumbent Mark Udall. The results of that race seemed to put on hold on what appeared to be a trend toward a Democrat-leaning electorate in Colorado.

The same purple theme applies to our congressional delegation. Of Colorado’s seven members of the U.S. House of Representatives, four are Republicans and three are Democrats. The three Democrats (Reps. Diana DeGette, Jared Polis and Ed Perlmutter) represent primarily Denver and the suburbs near Denver, while the four Republicans (Reps. Ken Buck, Mike Coffman, Doug Lamborn and Scott Tipton) represent the rural areas of the state, as well as urban counties farther from Denver.

At the state legislative level, the purple theme continues. The state senate has a narrow (18-17) Republican majority, while the Democrat majority in the House of Representatives expanded to 37-28 after the 2016 general election. This balance of power means that only legislation that has bipartisan support will pass during the next two sessions of the Colorado General Assembly.

Since the political activities of the Colorado Rural Electric Association are focused at the state level, the composition of the General Assembly and CREA’s relationship with its members is critical to the success of CREA initiatives. CREA’s legislative team is devoted to informing and educating state legislators about the cooperative difference and how legislation can impact the consumer at the end of the line. The CREA team also works hard to share with legislators and other stakeholders the extraordinary work being done by Colorado electric co-ops to respond to the changing demands of electric consumers.

Balanced leadership
With Colorado’s term limits, the leadership in both houses of the General Assembly changes frequently. Since the individuals in leadership positions set the agenda for their respective houses, we president of the Senate. 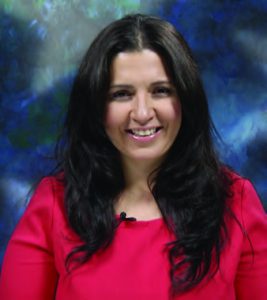 For the two years of the 71st General Assembly (the 2017 and 2018 sessions), the speaker of the House will be Rep. Crisanta Duran. Rep. Duran will serve her fourth term in the legislature representing House District 5 in central Denver. Rep. Duran served as the chairwoman of the Joint Budget Committee in 2014, and she served as the majority leader in the 2015 and 2016 sessions. She sponsored a variety of legislative initiatives, including efforts to spur economic development, extend unemployment benefits for Coloradans learning new workforce skills and increase the renewable energy requirements applicable to Colorado’s electric co-ops.

Speaker-designate Duran has a particular interest in rural economic development: “One of my priorities has been to make sure that small businesses thrive and folks have good jobs in rural Colorado. That’s why I passed a bill to provide tax benefits to new businesses through creating ‘jump-start zones’ in rural areas of the state. I’m going to continue to make sure we don’t take anyone in Colorado for granted and leave no one behind.”

Although Rep. Duran does not have any electric co-op service territory in her legislative district, she is familiar with Colorado’s electric co-ops. She joined in support of recent legislation revising the co-op requirements under Colorado’s renewable portfolio law, as well as adjustments to the co-op election law.

During the 2013 legislative session, Rep. Duran was the prime house sponsor of S.B. 13-252, the bill that increased the renewable energy requirements for the co-ops. Since the passage of that bill, the work done by Colorado’s electric co-ops to integrate additional renewable energy into their power supply portfolios has not gone unnoticed by Rep. Duran: “I applaud efforts by local co-ops to generate more electricity from renewable sources. It’s really inspiring to see folks in Colorado taking the lead to make sure we can tap our wind, water and sun to create the energy we need and keep it in our communities.”

The Senate president for the 71st General Assembly will be Sen. Kevin Grantham, a two-term state senator from Cañon City. Sen. Grantham represents Senate District 2, a district that includes Fremont, Teller, Park, Clear Creek and parts of El Paso counties. Sen. Grantham was raised in a farming community in Crowley County and currently works as a real estate appraiser at Grantham Appraisal Service in Cañon City. He is also a member of the Joint Budget Committee, a position he will relinquish when he assumes his role as Senate president on January 11.

Sen. Grantham has long been a supporter of Colorado’s electric co-ops, and he was the prime Senate sponsor of several bills recently initiated by CREA. During the 2015 legislative session, Sen. Grantham sponsored a bill that allowed co-ops to use purchases from community solar gardens to comply with the requirements of Colorado’s renewable energy law. S.B. 15-046 also authorized electric co-ops to subtract their sales of electricity to industrial loads for purposes of calculating their “retail” distributed generation obligation. These changes made compliance with the renewable portfolio law more economic for co-op consumers.

In the 2016 session, Sen. Grantham sponsored CREA’s bill to make sure that all ballots are counted in co-op board elections and to reduce the costs of those elections. He also co-sponsored a bill that clarifies that sales of electricity for residential purposes are not subject to the state sales tax.

Sen. Grantham believes strongly in the idea that electric co-ops are successful because they are owned and governed by their members, and maintaining this independence is important: “Colorado’s electric co-ops have done a great job providing safe, reliable and affordable electricity to rural Colorado for over 75 years. The co-op business model and local control works, and we’ll oppose any proposed interference with that local control.”

Sen. Grantham’s take on renewable energy is somewhat different than Speaker-designate Duran’s view. “Our caucus tends to believe that market forces should determine which energy sources are used by Colorado’s citizens,” he says. “Although we support all forms of energy, including renewable energy, we don’t support mandates that increase costs to rural consumers.”

Working together
So, will a Senate president- designate from rural Colorado and a House speaker-designate from Denver be able to work together to solve Colorado’s problems and move the state forward? The answer from both is a resounding “yes.” Says Rep. Duran: “I look forward to working with Sen. Grantham, and across the aisle, to move Colorado forward in areas where I know we have common ground, including education, transportation and infrastructure. We have more in common than divides us, and I know we can work together to have a productive legislative session.”

How an Electric Utility’s Transformers Work