From EVs to solar energy, innovations in energy storage are changing the game

By Paul Wesslund and Amy Higgins

If your smartphone battery has become a large share of your daily thoughts, just wait — the battery market is booming.

Innovators are now developing washable and bendable batteries to heat your gloves or be sewn into athletic wear to help track your exercise routine.

Analysts estimate the world battery market value at more than $100 billion and project it will grow more than 10% annually over the next five years. People need batteries for their phones, laptops, power tools, watches, EVs and more, and they want them to last longer. They want them smaller. They want them cheaper. And researchers and entrepreneurs are busy meeting those demands.

EVs Elevated
EVs, which run on large, rechargeable batteries, are a leading example of the trend. Ten years ago there were hardly any EVs on the road, but in 2020 EV sales hit 3 million and now there are 10 million on the road worldwide. That growth is expected to continue. 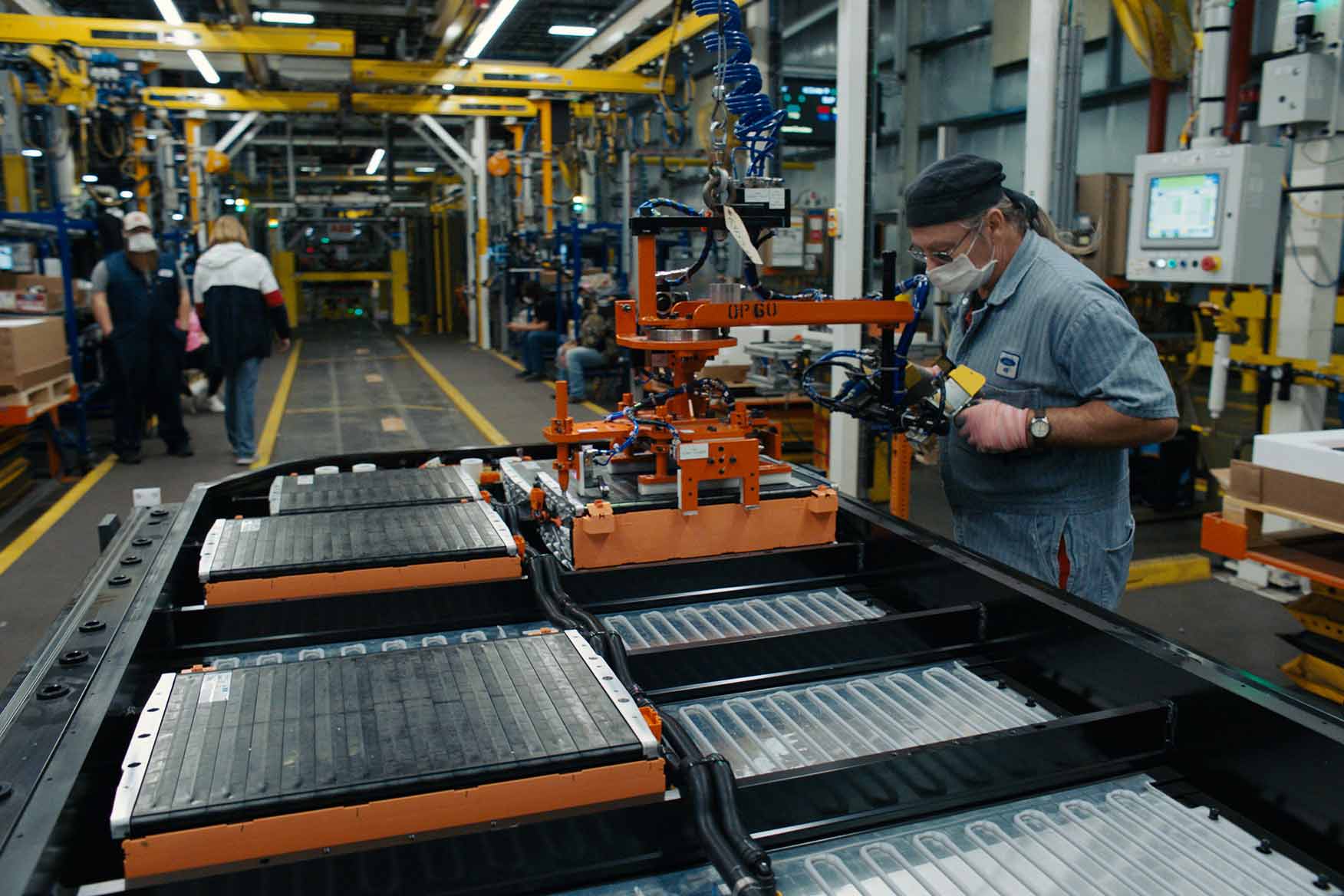 Manufacturers around the world plan to spend more than half a trillion dollars on electric vehicles and batteries in the next eight years. The Kansas City Assembly Plant shown here is Ford’s first U.S. plant to assemble both batteries and EVs. Photo Source: Ford

Six of this year’s February Super Bowl ads featured EVs, and manufacturers around the world plan to spend more than half a trillion dollars on EVs and batteries in the next eight years. In the U.S. alone, 13 EV battery manufacturing plants are expected to open in the next five years.

The battery bandwagon brings strong incentives for investments to make batteries even stronger so EVs can go farther and phones can hold more apps and feature fancier cameras. This cycle of innovation is cutting battery costs, too. The price of the most popular type of rechargeable battery is down more than 90% from what it was 10 years ago.

Taking EVs to a new level is La Plata Electric Association in Durango, which revealed Colorado’s first vehicle-to-grid EV school bus in December 2021. The electric-powered bus houses a battery that can travel up to 200 miles on a full charge, but the battery can also store energy that in turn can be used for LPEA to draw power from during peak energy hours.

“When fully charged, the bus stores enough electricity to power 30 average single-family homes, or 100 energy-efficient homes, for a few hours,” according to an LPEA press release.

Batteries Aid Renewable Energy Use
Utility use of large batteries is adding efficiency and reliability to the nation’s electric grid. In 2019, the number of large-scale battery systems in the U.S. increased 28%. 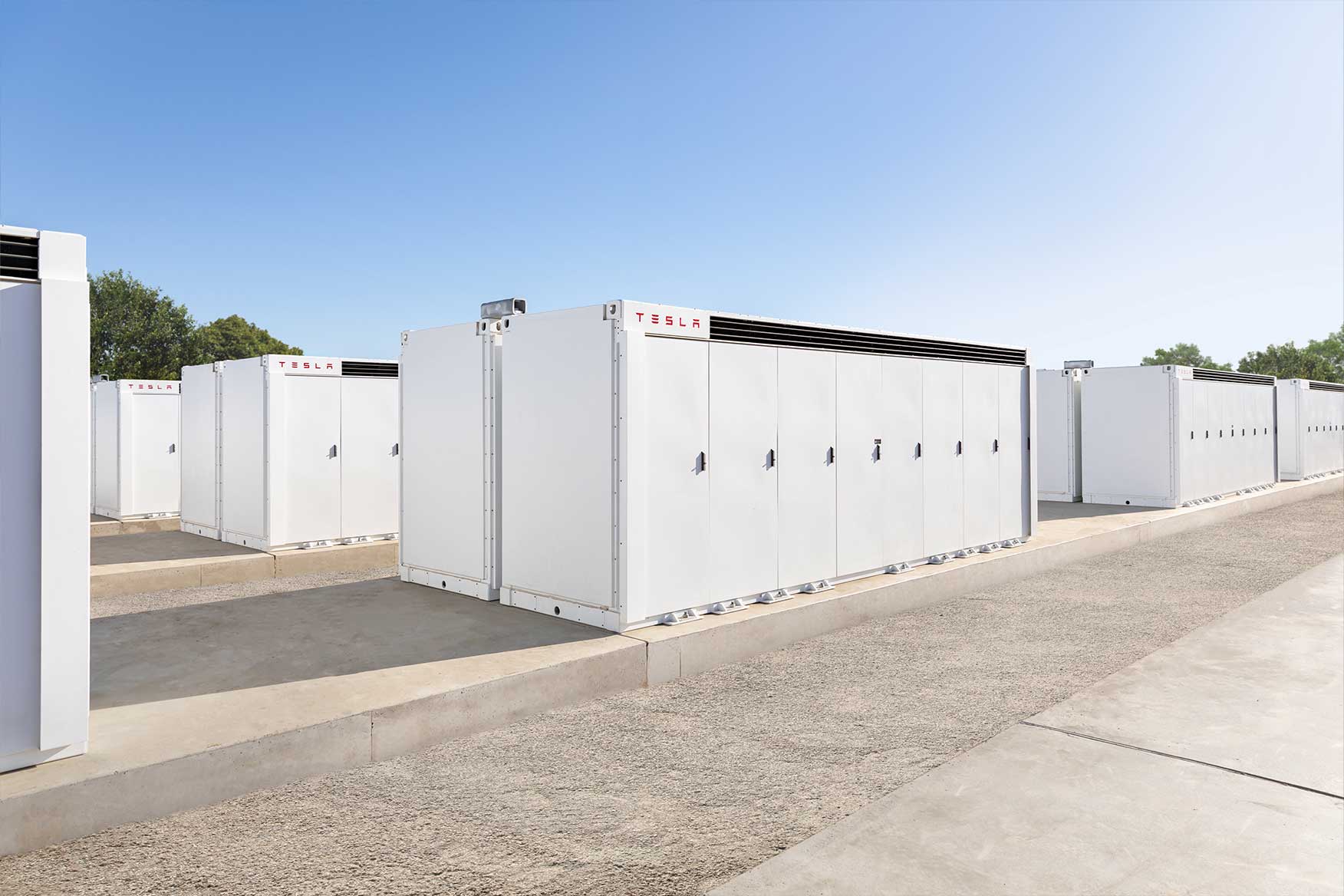 Utility use of large battery systems, such as the Tesla Megapack shown here, is adding efficiency and reliability to the nation’s electric grid. Photo Source: Tesla

For Colorado’s electric cooperatives, large-scale batteries started in 2018. With peak shaving and innovation in mind, Brighton-based United Power went live with its Tesla battery storage facility, which, the co-op touts, can store enough energy to power up to 700 homes simultaneously.

Utilities, including electric cooperatives, use these batteries in several ways. They can smooth out voltage and frequency differences that damage equipment and affect power quality. Batteries can also make better use of the intermittent nature of renewable energy sources. By storing excess solar energy produced during the day when electric demand is low, batteries can make that sun power available for use at night when electric demand is high.

Utility-scale battery capacity tripled in the past five years, including 35% in 2020 alone. The U.S. Energy Information Administration reports electric utilities will have 10 times the battery capacity in 2023 that they had in 2019.

Much of that increase, the EIA says, comes from battery systems located near large solar projects, making it easier to store electricity produced by solar panels.

One especially innovative use of batteries came in 2020 when a heat wave strained California’s electric supply. The state’s energy manager asked businesses and homeowners with batteries to supply emergency power. More than 30,000 responded, including backup power owners and EV charging providers.

With the assistance of its 140-kilowatt, 446-kilowatt-hour Tesla Powerpack battery, Fort Collins-based Poudre Valley Rural Electric Association’s Red Feather Lakes microgrid can provide electricity to its consumer-members for up to 8 hours during power interruptions.

Holy Cross Energy in Glenwood Springs is working on a solar and battery energy storage project with Ameresco, an organization that specializes in energy efficiency and renewable energy, to install 4.5 megawatts of solar power and 15 megawatt-hours of battery energy storage. This clean technology will be housed at Colorado Mountain College’s Spring Valley Campus leased by Ameresco, which will then sell the power generated to HCE, assisting HCE with its goal of 100% renewable energy resources by 2030.

Homeowners can even supplement their electric service with their own backup batteries. Tesla and other companies make suitcase-sized batteries designed to hang on a wall for reserve power in case of a storm or to pair with rooftop solar panels to store sun power for later use. United Power offers this service to its consumer-members, allowing them to connect their personal battery storage system to the electric co-op’s distribution system.

Innovators are also working on new types of batteries for everyday use. Low-cost, flexible power sources could be part of clothing or wristbands. Wearable electronics are a hot market, and innovators and investors see the potential.

Whether used for making electricity more reliable or to create some fun new gadget, battery technology will continue to boom.