Earlier this month, Y-W Electric Association installed a ChargePoint EV charger in Akron. A ribbon-cutting ceremony was held November 12 to celebrate this innovative step that supports EV infrastructure development on the eastern plains. The co-op’s goal is to “encourage more folks to obtain EVs, to contribute to the charging infrastructure to reduce range anxiety,” according to Y-W Member Service Manager Andy Molt.

The charger installation was made possible with funds from a Charge Ahead Colorado program grant through the Colorado Energy Office and funds from Tri-State Generation and Transmission, the electric co-op’s power supplier.

Under a 25-year power purchase agreement, energy from this project will be sold to Holy Cross Energy. The Glenwood Springs-based electric cooperative estimates this solar site will generate enough electricity to power about 900 homes and will give consumer-members of the co-op access to locally-generated renewable energy.

HCE President and CEO Bryan Hannegan stated in recent press release that this project “is an important step on our journey to 100% clean energy.”

The Glenwood Springs-based co-op will receive 22,380 megawatt hours of energy each year from this PPA. This is enough energy to power up to 1,700 average-sized homes per year, according to HCE’s Power Supply Manager Sam Whelan.

United Power and Silicon Ranch recently dedicated a new solar farm in the northern Colorado town of Mead just a few miles from Mead High School, home to the Mead Energy Academy. The Academy is a unique and innovative program that offers a secondary public education concentrated on the principles of energy, while students earn their high school diploma. The 75,960 panel solar farm is named “Mavericks Solar Farm,” after the high school’s mascot.

United Power hopes the solar farm will expand its “green” footprint and will create educational opportunities for students to learn more about the role solar energy plays in a diversified energy mix.

Mavericks Solar Farm will supply over 61 million kilowatt-hours of electricity annually while serving over 1250 homes.

Solar Energy International’s Solar in the Schools program secured funding recently when Montrose-based Delta-Montrose Electric Association committed $150,000 to the program, contributing the money from the co-op’s unclaimed capital credit fund to support the installation of solar electric systems at five high schools within its territory.

As a member-owned cooperative, DMEA returns excess revenue back to its members in the form of capital credits. In some cases, DMEA is unable to locate members who have moved away from the service territory or passed away. After five and a half years, capital credits that remain unclaimed are transferred to a fund for charitable and educational purposes.

Through the program, students will be involved in various steps of the project, including determining the best site, design and construction of the system. The sites will most likely begin after school is back in session for the 2017-2018 school year. 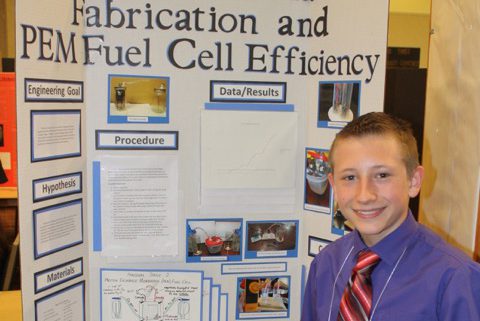 Through a partnership between GVP and GRID, the first phase of this 29 kW solar array was installed in 2015, which was the first of its kind in the nation. A second array was installed in late 2015. GVP’s Chief Executive Officer Tom Walch stated at the time, “In the grand scheme of things, a 29-kilowatt solar array serving six to 10 families is a small project. But I like to think that this is a big idea — one that can be replicated at utilities across the state and across the nation.”

GRID received a $1.2 million CEO grant in August 2015 to partner with utilities to implement low-income community solar as part of a statewide initiative. Since GVP’s first installation with GRID, five other Colorado rural electric cooperatives and one municipal utility have partnered with GRID and CEO to pilot a slight variation on the low-income community solar model developed by GVP. Development of the third phase of GVP’s Community Solar Array will mark the seventh such project built as part of the initiative. At the end of the two-year grant period, more than 1 megawatt of solar generation directly benefiting more than 300 Colorado families will be installed.

What separates this phase of the GVP Community Solar project from previous phases is this year, students from Beloit College in Wisconsin spent their spring break installing the solar array. Beloit College is one of three schools involved in GRID’s Campus Chapter pilot program, Solar Spring Break. The students spent March 6-8 learning about solar system design and solar policy. From March 9-10, the group installed a ground-mounted community solar system at the GVP site. This was an opportunity for students to experience hands-on solar industry workforce training with GRID, America’s largest non-profit solar installer.

With this completed phase, the partnership between GVP and GRID installed enough solar to benefit at least 35 Grand Valley Power members who need it the most over the next 20 years.

Over the past decade, solar energy manufacturers and developers have made significant strides in the quality and affordability of this electric generation resource. The per-kilowatt-hour price from solar generators in the past five years has dropped almost 30 percent making this renewable resource competitive with traditional generation.

The project has been named Penitente Solar and will be located in the southwestern part of Saguache County. San Luis Valley REC purchased the 25 acres of land on which the project will be constructed and all the agreements necessary to build this project have been executed. Construction is scheduled to begin in early spring and should be complete by midsummer.