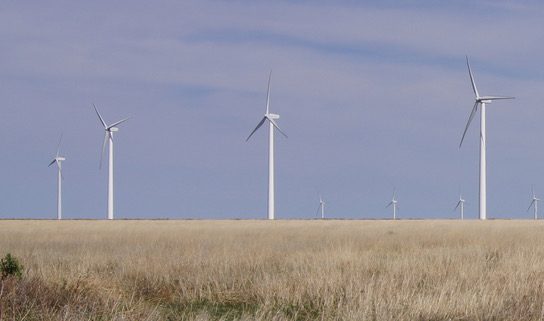 The wind project went online in December 2017 and brought economic development into the rural parts of the state. It provides 11 full-time jobs and brought about $5 million into the area during construction.

Consisting of 38 wind turbines the project sits on 11,000 acres south of Lamar. The turbines generate about 75 megawatts of electricity. Tri-State will purchase power from the project for the next 25 years and supply to its 43-member cooperatives across Colorado, Nebraska, New Mexico and Wyoming. 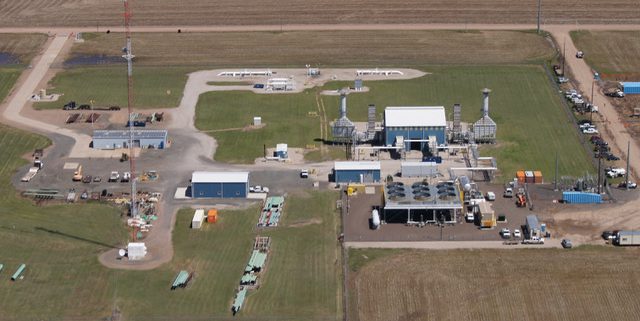 Highline Electric Association, headquartered in Holyoke, serves consumer-members in Phillips, Logan, Sedgwick, Yuma, Washington, Weld and Morgan counties in Colorado, and members in Chase, Dundy, Deuel and Perkins, Nebraska. That’s a lot of counties, but not a lot of consumers. The co-op only has two meters per mile of line and even fewer actual members. The co-op is rural and dependent on its irrigation loads for about half of its sales.

Within its service territory is the Trailblazer Pipeline Compressor Station 601. Located just south of the Nebraska state line, the station and Highline have come together to create a unique and innovative way to generate electricity on the northeastern plains of Colorado. Owned by Tallgrass Energy, the facility compresses natural gas and pushes about 900 million cubic feet of that gas a day along its 436-mile path. Compressing that gas and raising the pressure of the gas in the pipeline takes energy and generates heat.

Originally that heat was exhausted into the sky. But Highline Electric had the idea to convert that waste heat into electricity. A partnership was established and today a heat exchanger captures that heat and, through a complicated process, turns a turbine to generate electricity. About 4.5 megawatts is generated annually. And because this electricity is generated without any fuel, it saves 27,600 tons of CO2 from being pumped into the air each year. 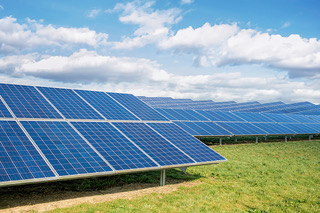 In an effort to supply 50 percent of its power needs through renewable sources by 2030, Gunnison County Electric Association is working with Boulder-based Microgrid Energy to construct two solar arrays.

GCEA’s board of directors approved the 500-kilowatt arrays, which will cover approximately 3.5 acres of land. Not only will the arrays factor into their renewables supply, but it will help increase participation in the voluntary green power program. The Green Power Club allows consumer-members the choice of three tiers of participation: 130 percent offset, 100 percent offset, or purchasing blocks of green power in 100-kilowatt blocks.

GCEA is also in the process of expanding its community solar garden. This, in addition to the solar arrays, will be local renewable projects that meet the co-op’s goal to provide power from renewable resources at or below the cost of its current power supply.